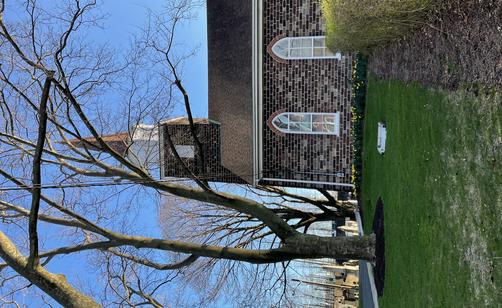 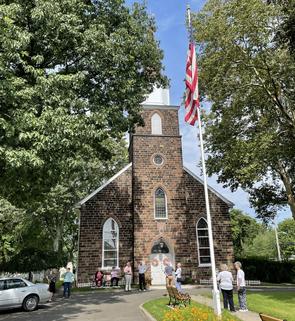 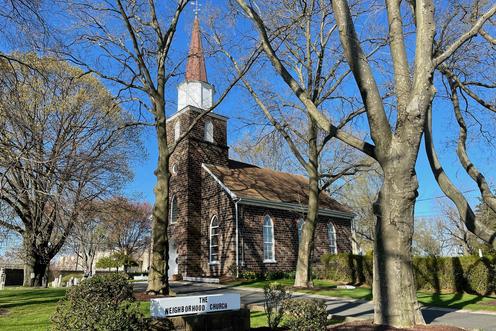 The English Neighborhood Reformed Church is the oldest building in Ridgefield, NJ, erected on it's current site way back in 1793, long before Bergen County became the bustling metropolitan area it is today.

But even before this, way back in 1675, Ridgefield was known as "The English Neighborhood" and covered roughly 10 miles of land between the Hackensack and Hudson Rivers. This is where our church gets its historic name. The first construction of the church (in Leonia) dates back to 1768, but was moved to its present site in Ridgefield, in 1793.

This area played a role in the Revolutionary war, when General Washington retreated with the Continental Army in 1776 from NY City and passed through the English Neighborhood. Those who fled the area for their cause, included the English Neighborhood Church's first minister, Garrit Leydekker, an Englishman and a Tory, who fled for the safety of New York City, taking the church's first records with him.

The church's steeple was the tallest structure to rise above the flat meadowlands and would become a surveyors landmark. It is approx. 80 ft. in height and made from hand-strewn timbers and wood dowels, rather than nails.

In 1804, Edgewater Avenue was a bustling artery for commerce and was part of the toll road known as the Bergen Turnpike. For 100 years, covered wagons transported their goods from the farms of NJ, to the ferries that would carry them to market in NY City, right past the church. The church was once located in the heart of the bustle of life as it was, before the industrial revolution.

In 1854, the railroad was brought to Ridgefield, which introduced industry and growth to the town. Throughout the Civil War, members of the congregation were active in the "underground railroad." Runaway slaves were hidden under the bridge by Overpeck Creek. They were given food, clothes and other necessities to help move them to the next safe haven, during the night.

In 1912, the Sunday school building was added, across the way from the church. Additions to the building were completed in 1954 and 1962.

A bridge was built over the Railroad tracks in 1932, which led to the closing of Edgewater Avenue and the "Old Highway" that once brought passersby with regularity, became a dead-end street. These gradual changes have meant that the historic legacy of the English Neighborhood and its church, goes largely unnoticed.

However, these changes also, today provide the quiet hamlet that the church finds itself surrounded by - a little piece of heaven on earth - right here in a busy, and often congested, Ridgefield. It is this history and this unique location that makes the English Neighborhood Church a one-of-a-kind place to worship.

We hope you will join us some Sunday to see for yourself. God has blessed this congregation for nearly 225 years (2018). Jesus is doing some amazing things with this church and its people. You are welcome to be one of them, as we move into the next thing God is calling us to do and be, as Jesus's disciples.

There are even more details of our history to share. If you'd like to know more or to schedule a tour of the church and/or cemetery, click on the "Contact Us" link on our homepage.